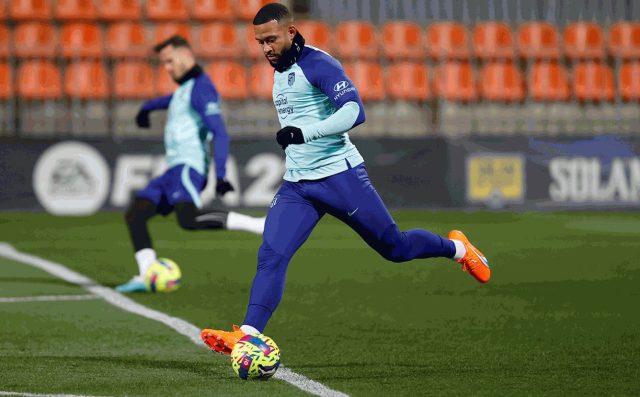 Atletico Madrid have confirmed the signing of Memphis Depay from Barcelona on a two-and-a-half-year contract.

Memphis was spotted in Atletico Madrid training on Thursday night, with permission from Barcelona, while the transfer was being finalised.

On Friday afternoon, the club confirmed the transfer, with his presentation scheduled for later that evening.

The deal is widely reported to be worth €3 million to Barcelona, plus an additional €1 million in variables. It has also been reported that a deal has been reached to send Yannick Carrasco in the opposite direction for the summer.

During his 18-month stay at Camp Nou, the Dutch forward appeared 42 times for Barcelona, scoring 14 times and assisting twice.

All but one of his goal contributions came in his first season, as he became a non-factor for Xavi Hernandez this season. He has only played 206 minutes of club football so far.