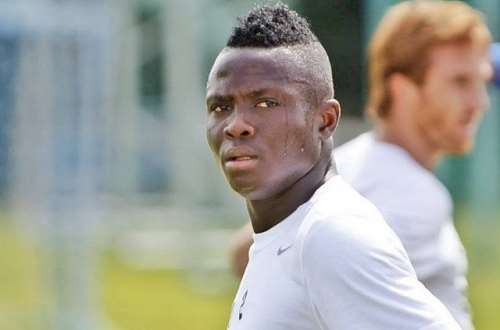 Hearts of Oak defender Samuel Inkoom has apologised following his late penalty miss in their FA Cup defeat to Dreams FC on Sunday.

The right-back had the opportunity to level the score for the defending champions in the dying embers of the game after Dreams FC had taken the lead.

However, Inkoom’s tame effort was well saved by goalkeeper Augustine Koomson to send Deams FC through at Hearts of Oak’s expense.

Inkoom, who has been a key player for the Phobians since joining last season, expressed regret and apologized to the fans of the club.

The 33-year-old wrote on Twitter, “Not the result we wanted today. Deeply sorry for disappointing my teammates and the amazing supporters. We live to fight again, we never say die. Phooooobia.”

Not the results we wanted today.
Deeply sorry for disappointing my teammates and the amazing supporters.

Prior to the defeat, Hearts had won the two previous editions of the FA Cup under former coach Samuel Boadu.

They will now have to fully focus on the ongoing Ghana Premier League as they travel to Tarkwa to face Medeama next Saturday.

Started drinking & smoking at age 8 – Dr Likee opens up on past...