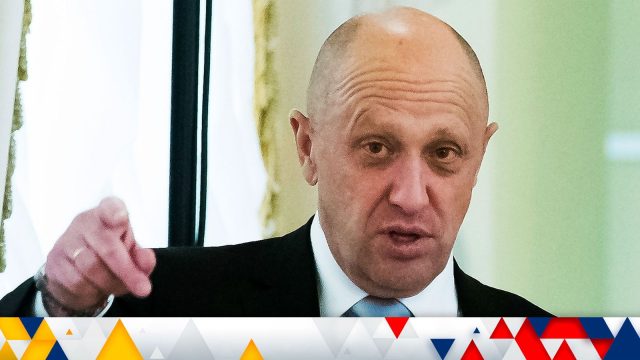 Russian mercenary group leader has Yevgeny Prigozhin appeared to laugh off claims of a plot to assassinate him, describing it as “a very good idea”.

Russian politician Vladimir Rogov has claimed – without providing evidence – that Volodymyr Zelenskyy and the director of the CIA have discussed killing the oligarch.

Once dubbed “Putin’s chef”, Prigozhin is head of the Wagner Group which has been recruiting convicts to fight in Ukraine.

Russia sends warning to US over tanks – Ukraine war latest

Mr Rogov, chairman of a Russian organisation in occupied Zaporizhzhia, told state-owned media on Tuesday: “Prigozhin is effective, and his killing would make a lot of sense, given the media component and how they spin their victories.

“Zelenskyy’s inner circle and a fairly large number of people are aware of this request to ask, and even demand, that the Americans kill Prigozhin.”

It comes after Mr Prigozhin clashed with his long-time ally Vladimir Putin over the capture of Soledar in Ukraine.

He claimed that Wagner Group forces were solely responsible for capturing the town, while Mr Putin attributed the success to the Russian military.

Mr Prigozhin’s criticism of the Russian Ministry of Defence has grown increasingly brazen in recent weeks, the Institute for the Study of War think tank has noted.

Responding to the claims of an assassination plot on Tuesday, Mr Prigozhin was quoted by his press service as saying: “Yes, I’m aware. The press service told me about it.

“That’s a very good idea. I agree that it’s time Prigozhin was eradicated.

“In the event they ask me, I will definitely provide assistance.”

It comes as the Guardian reported that British lawyers were given government dispensation to bypass sanctions in order to help Mr Prigozhin sue a journalist, according to documents made available to the website Open Democracy.