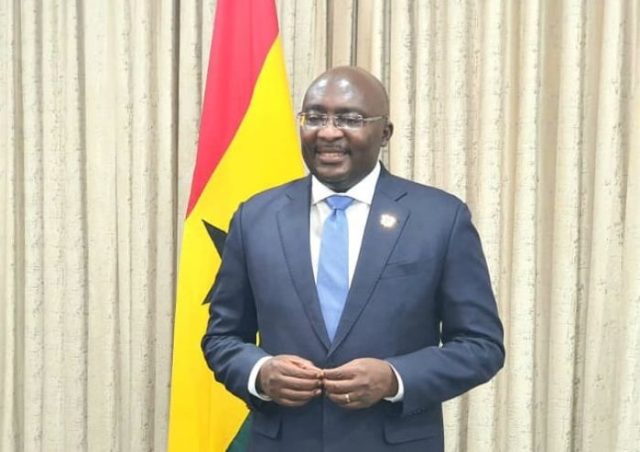 Vice President Dr Mahamudu Bawumia has donated an amount of Ghc 50,000 to support the organisation of the 47th Sports Writers Association of Ghana (SWAG) Awards.

The SWAG Awards is held annually to honour distinguished Ghanaian sportsmen and sportswomen.

Over 40 athletes who brought honour to Ghana through their performances in sports in the calendar year 2022 are slated to be honoured by SWAG next weekend.

Ghc 30,000 out of the figure is to be used to support the organisation of the entire program whilst the winners of two prestigious categories; the Female Footballer of the Year and the Sports Journalist of the Year – are to receive Ghc 10,000 each.

Kwabena Yeboah expressed gratitude to the Veep for his support upon receipt of the donation.

Dr Bawumia has consistently shown support to sporting organisations and has earned plaudits for his benevolence.

For instance, the 46th SWAG Awards held last year was supported by the Veep with a similar Ghc 50,000 donation.

Other sporting organisations that have benefited from the Veep’s generosity aside from SWAG include Real Tamale United (RTU), King Faisal, Hasaacas Ladies, Ampem Darkoa Ladies and others.

The Vice President in particular pays special attention to the development of women’s sports, hence his decision to provide Gh 10,000 for the Female Footballer of the Year award winner.

Strongman’s wife speaks out after suspecting him of ‘cheating’