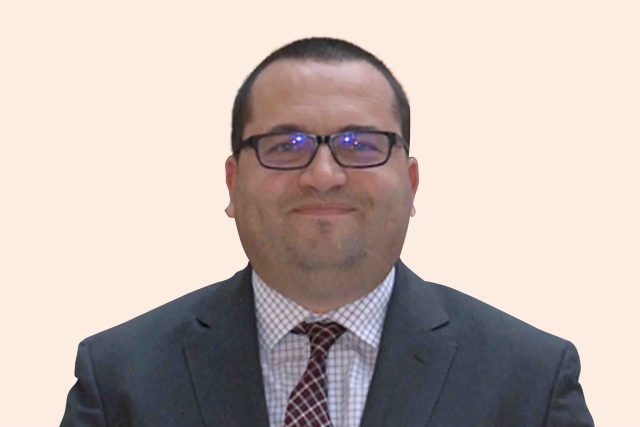 Egypt is on the brink of a financial and economic abyss. The portfolio inflows that fuelled its sovereign debt market have dried up, repeated currency devaluations have driven the Egyptian pound off a cliff, and inflation is at 21% following the rapid erosion of the country’s foreign-exchange reserves.

After initially recovering from the COVID-19 pandemic, the Egyptian economy has been hit hard by the fallout from the war in Ukraine. As the world’s biggest wheat importer, the country has suffered from supply disruptions and soaring prices, with food and beverage costs increasing by 37.2% over the past year. While the impact of rising oil import costs on Egypt’s external balance has been mitigated by fast-growing exports of natural gas, the surge in energy and food prices has taken a heavy toll on Egypt’s population.

Rising wheat prices, together with the widening external deficit and the falling pound, have put pressure on the country’s food-subsidy programme: particularly the bread subsidies on which nearly two-thirds of the population, approximately 60 million people, rely. The pressure on household budgets has fuelled an increase in the poverty rate, which now stands at 32.5%, while an estimated 60% of Egyptians are either poor or at risk of falling into poverty.

To curb inflation, Egypt’s central bank raised the interest rate to 16.25%. But with the spread on Egyptian bonds skyrocketing, the country has effectively been shut out of international financial markets. In the face of a growing liquidity crunch, Egypt secured a US$3billion loan from the International Monetary Fund in December. The IMF programme is expected to catalyse funding of up to US$17billion over three years to help cover Egypt’s financing gap, pending economic reforms. But given that Egypt already received a US$12billion bailout from the Fund in 2016 and failed to turn its economy around, uncertainty will persist.

One lesson from Egypt’s current economic travails is that capital markets alone cannot help developing countries contain external or internal shocks. Instead, they tend to amplify the impact of shocks. For a while, the low-interest-rate environment that followed the 2008 global financial crisis helped developing countries like Egypt go on an international borrowing frenzy, which only helped to mask these countries’ macroeconomic and structural vulnerabilities. The mask came off when the US Federal Reserve and other major central banks turned off the cheap money spigot and began to hike interest rates, causing investors to flock back to dollar-denominated assets.

Another lesson from Egypt’s experience is that international financial institutions have a critical role to play in mitigating the consequences of such capital-flow volatility. Inflows of hot money to developing countries tend to fuel debt finance and dangerous asset bubbles that benefit politically connected firms in real estate and other sectors, particularly in countries like Egypt – which has a bloated state and a weak private sector plagued with cronyism. So, in addition to acting as lenders of last resort in times of financial turbulence, institutions like the IMF can help to steer foreign capital away from highly speculative and volatile bets toward healthier, more productive investments.

But when balance-of-payment crises hit, the IMF tends to rely on programmes that focus on exchange-rate devaluations to restore macroeconomic stability. While these programmes typically focus on fiscal retrenchment that disproportionately affects the poor – such as cuts to fuel and food subsidies, they rarely lead to an increase in exports and often neglect meaningful structural reforms to curtail state subsidies and rents to well-connected firms and individuals.

To avoid a popular backlash, multilateral lenders must prevent unfair burden-sharing and implement much-needed structural reforms that go beyond fiscal consolidation. While macroprudential regulations might help to prevent excessive leverage in the financial sector, they do not address corruption or other structural factors that distort capital inflows.

The IMF’s bailout of Egypt represents a golden opportunity to break the country’s vicious boom-and-bust cycle and ensure shared prosperity for all Egyptians. By reducing the military’s outsize role in the economy, Egypt could level the playing field and introduce fair competition to sectors such as telecoms, banking, tourism, manufacturing and agriculture. And by removing barriers to market entry and trade, Egypt could attract foreign investment, boost economic growth and provide decent jobs to its overwhelmingly young and aspiring population.

Egypt has long been a leader in the Middle East and North Africa. By putting its economy on track to reach its full potential, it could inspire many others in the region to introduce similar reforms.

Auditor-General recovers ¢2.210bn as financial irregularities between 2017 and 2020