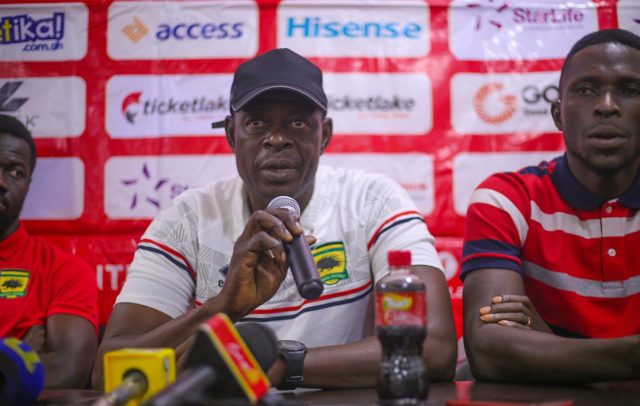 Former Asante Kotoko National Circles Council (NCC) chairman Kwaku Amponsah has expressed dissatisfaction with the Porcupine Warriors’ performance this season and has demanded that coach Seydou Zerbo improve the team or be fired.

Kotoko appointed Seydou Zerbo after parting ways with their title-winning coach, Prosper Narteh Ogum at the end of last season. The former Kadiogo boss inherited a chunk of Prosper’s men but the team have struggled to remain consistent in the league.

Kwaku Amposah who says he has urged fans to be optimistic about the manager now is on the verge of giving up. He says the coach is yet to utilize the skillset of the ‘talented’ playing body of Kotoko.

“I have been an advocate for our fans to calm down and have patience for the coach because we still have more games ahead but it seems a bit difficult to tolerate it.

“Our players are good individually but it seems they are declining. Our captain Richard Boadu is losing form, and some other players are not improving.

“He (Zerbo) must improve his performance and that of our players. I will still appeal for a lot more patience for the coach but if he continues like this, then I’m afraid management should get rid of him because of his declining performance,” he told Akoma FM.

Kotoko are third on the Ghana Premier League table with 19 points behind Aduana Stars and Hearts of Oak who occupy first and second places respectively.