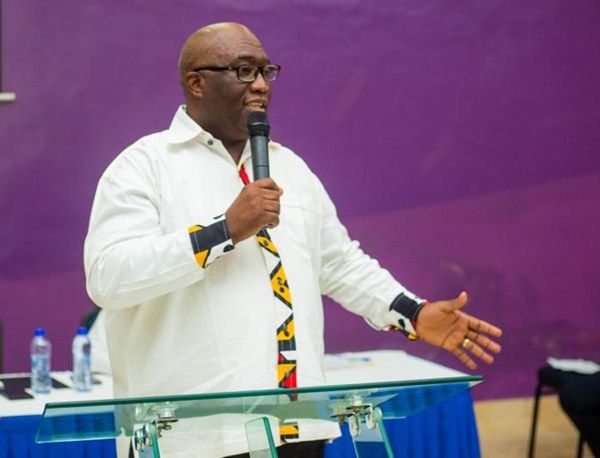 Former Attorney General and Minister of Justice, Joe Ghartey has stated that he has what it takes to lead Ghana successfully as President.

According to the Member of Parliament (MP) for the Essikado-Ketan Constituency, and former Minister of Railways Development, he has a track record of delivering successfully in every public sector position he has been appointed to in the past.

He recollected that as Attorney-General he was faced with the problem of fighting drugs, corruption and judgment debts among other problems. As Second Deputy Speaker he said he worked well with both sides of the house. Hon Ghartey stated that at the time the Minority Leader was Rt Hon Bagbin. He stated that the biggest endorsement he had gotten for his tenure was from the current Speaker who said in the Chamber of Parliament that ” I will be firm but fair like Hon Joe Ghartey was when he was Deputy Speaker.”

Mr Joe Ghartey was speaking to the press at the sidelines of the thanksgiving service of the Ahanta West MP and Minister of Chieftaincy and Religious Affairs, Hon Kojo Kum at the Wesley Methodist Church Agona Nkwanta. The Thanksgiving Service was organised to give thanks to God for the recovery from sickness Hon Kojo Kum.

Mr Ghartey is the former second Deputy Speaker of Parliament.

Touching on his decision to run for the NPP flagbearer race, he said “I have the experience, I have the capacity, the humility and the sense of service and duty to serve the people of Ghana”

Earlier on in an address to the congregation, Joe Ghartey said to wild applause that “If it is God’s will I will be President of Ghana”.