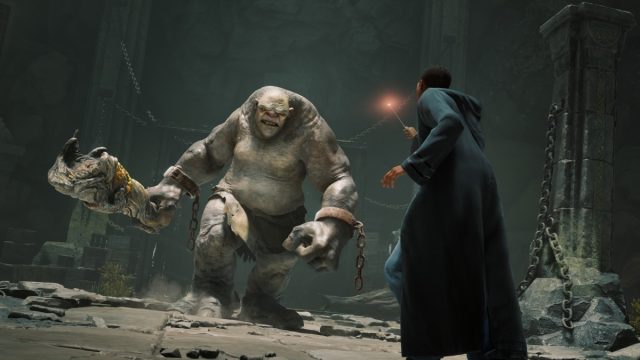 Hogwarts Legacy developer Avalanche Software has dropped PC system requirements for the game ahead of its February 10 release. While the specifications aren’t as demanding as Gotham Knights, the studio highly recommends that you install the game, which takes up 85GB of storage space, on an SSD. There’s also a mild inconsistency with regard to the memory (RAM) required to run the game. Even when paired with an Nvidia GeForce GTX 960 graphics card, Hogwarts Legacy on PC demands a minimum of 16GB of RAM to run at the lowest setting — at 720p resolution and 30fps framerate.

A spec sheet for Medium settings isn’t explicitly mentioned, but the jump to an Nvidia GeForce GTX 1080 Ti card for High-quality presets suggests that rigs packing something around a GTX 1060 should run Hogwarts Legacy just fine. The card also happens to be one of the most popular graphics cards, as per Steam’s Hardware Survey. Furthermore, Hogwarts Legacy will be relying on Denuvo’s anti-piracy measure — like other WB Games titles — which has earned a reputation for crippling game performance on PC. Gotham Knights, a recent WB Games title, suffered from heavy performance issues at launch, where the developers were forced to briefly remove the DRM protection to resolve it. Unfortunately, this led to pirates creating multiple free copies of the title.

Hogwarts Legacy’s PC specs list comes directly from the developer, with a Windows 10 64-bit operating system and 85GB of available storage space being a common requirement.

Set in the 1800s, Hogwarts Legacy has you create your own custom witch or wizard and play through an immersive RPG, as you learn spells, battle dark wizards, and explore familiar locales such as the dense Forbidden Forest. Players will be able to hone their skills in herbology, potions, and other fields, and upgrade their talents to become the ultimate wizard. Earlier this week, its studio announced the voice cast lineup, which includes the likes of Simon Pegg (Hot Fuzz) as Hogwarts Headmaster Phineas Nigellus Black, ancestor of Sirius Black. Lesley Nicol of Downton Abbey fame was also cast as Professor Matilda Weasley, the Deputy Headmistress.

Hogwarts Legacy comes out February 10 on PC, PS5, and Xbox Series S/X. Last-gen version on PS4 and Xbox One has been delayed to April 4, while Nintendo Switch owners will have to wait until July 25.