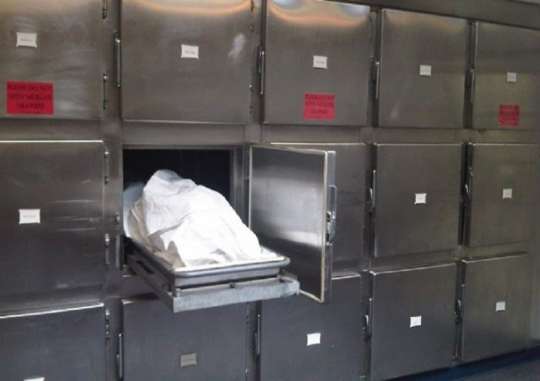 The body of the late Bugbil Roger Adaboo Toure, the twenty-year-old missing man from Zanlerigu in the Nabdam district who was identified in the morgue has been laid to rest.

The Zanlerigu community was thrown into a state of mourning when the body arrived at his family house for the burial.

The late Toure who was Roman Catholic by faith was buried after a short service by the St John the Baptist Catholic church at Zanlerigu.

The family described the gruesome murder of their son as too horrific which had since caused fear and panic among residents in the area and called on the police to help bring the perpetrators to book.

“Our son could not have hurt anybody to deserve such a horrific murder.” A family member said.

The late Adaboo got missing on Jan 2, 2023 when he left home for his daily Ndomie business at the Zanlerigu Market.
All effort to find him proved futile.

The family said on January 10th, a friend who went to the Bolgatanga Regional Hospital morgue to retrieve the body of his father for burial alerted them about a body having a semblance of that of their son.

A visit by family members to the morgue also confirmed the body was their son’s and according to mortuary attendant at the Bolgatanga Hospital , the Nangodi police command brought the body to the morgue on January 3, 2023 and said he was murdered at Kong Na-boug, a surburb of Kongo by unknown assailants.

A police source said the body was found with the face bruised and covered with blood and wore a female dress, a brassiere and a black underwear with stones scattered around the body.

At the time of filling this report, a source close to the police service said no arrest had been made in connection with the murder.

Tiktok Star, Felicia Osei Discloses How She Wants To Be Kissed On Her Wedding...

Fntastic Denies ‘Scam’ Claims, Says The Day Before Delay Was Pre-Planned After MMO Gets...