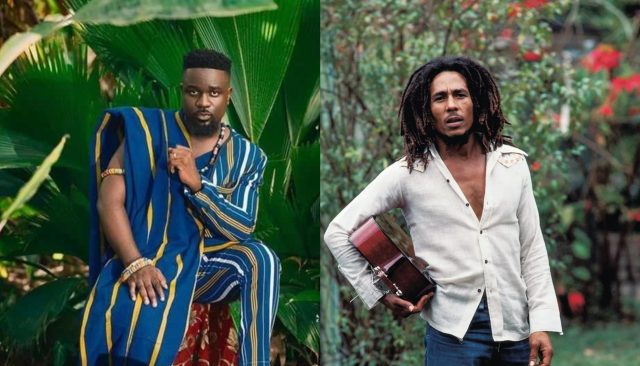 The collaboration, according to the former Shatta Wale’s manager, is the best any musician can ever get on earth.

Bulldog revealed on Accra-based Hitz FM’s Daybreak Hitz that the kind of collaboration that could be bigger than what Sarkodie has landed will be with the late 2Pac and Michael Jackson.

He claimed that no living artist could match up with the achievements of the late Jamaican singer, Bob Marley.

“Sarkodie’s feature with Bob Marley is legendary. Nothing beats this. Unless Sark goes back to the 2PACs and the Michael Jacksons. No living soul comes close – whether it is JAY-Z or Beyonce,” the artist manager asserted.

The Ghanaian music landlord has earned for himself the record-breaking feature with the late legendary Bob Marley’s camp.

The most decorated African rapper has been featured on the new version of the reggae icon’s “Stir It Up” track.

The original track of the yet-to-be-released remix was done by Bob Marley and the Wailers in 1973, which still remains relevant in recent times.

With the feature, Sarkodie has added another big win to his achievements.

The song will be released officially on Friday, January 20, 2023.

From #Sarkodie: “One of the highest moments in my career/Life… such a blessing to lay my vocals right next to the original vocals of the legend.”