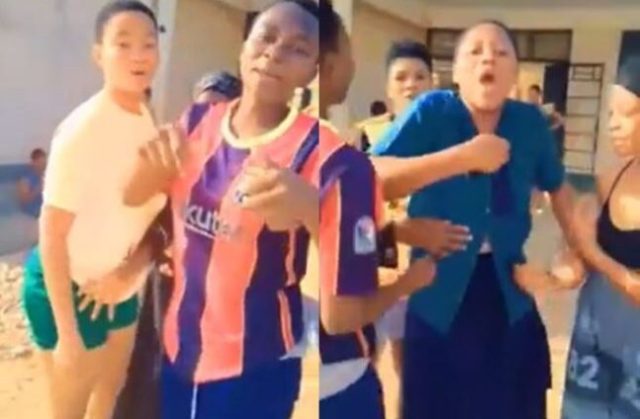 Stakeholders in education have decried the growing levels of indiscipline among students, especially those in second cycle institutions in the Upper East Region, as source of worry.

The trend, they said, was not only tarnishing the image of the schools involved but also denting the reputation of the entire region and called for measures to restore sanity in the schools.

Recently, some schools in the region have been in the news with a viral video in November 2022 where eight female students at the Chiana Senior High School insulted the President of the Republic, Nana Akufo-Addo.

The students were eventually dismissed by the GES this year, but the President had to intervene for them to be recalled.

In 2022, both Bolgatanga and Bawku Technical Institutes were simultaneously closed for more than a month for students’ riot, which led to destruction of property and bringing academic activities to a halt.

The stakeholders expressed the concern at a performance review meeting organised by the Upper East Regional Directorate of the Ghana Education Service (GES) with support from the United Nations Children Fund (UNICEF).
The goal of the meeting was to bring stakeholders in the educational sector together to review performance of the region and brainstorm measures to address falling standards of education in the area.

Mr Stephen Yakubu, the Upper East Regional Minister, noted that the bad behaviour exhibited by students was giving a bad name to the region and could not be allowed to continue.

He called on all stakeholders, especially teachers to play critical roles in ensuring discipline, law and order returned to schools.

“Because of this attitude of not learning but insulting people, they will have problems in the examinations and this is the trend I am worried about where students who think they will fail cause trouble, break things, beat teachers and headmasters if they are not allowed to copy,” he stressed.

Mr Richard Ayabila Akumbas, Regional Chairman of Conference of Heads of Assisted Secondary Schools (CHASS), noted that the recent behaviour of the society, where elderly people seen as role models, used insulting words on people was a major influence of the indiscipline in the schools.

He said the abolishment of corporal punishment had empowered the students to misbehave and called on the government to reinstate and regulate caning as a method of correction in schools to ensure that some school authorities did not take undue advantage of the system to abuse students.

Mr Paul Asaana Agoo, a traditional leader, noted that education was key to breaking the poverty cycle in the north, however, the standard of education continued to fall in the region and appealed to authorities to work at addressing it.

Mrs Anne Estella Kye-eebo, Caretaker Upper East Regional Directorate of the GES, noted that lack of furniture and poor infrastructure was compelling some school children to learn on the bare floor and under trees and interference in transfer of teachers continued to be a bane in educational development in the region.

She called on parents to invest in their wards by providing them with the required learning materials and support them emotionally to concentrate in class and to perform.