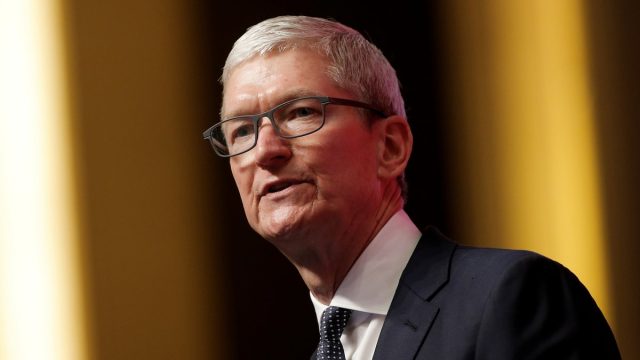 Apple is cutting Chief Executive Officer Tim Cook’s compensation by more than 40 percent to $49 million (roughly Rs. 399 crore) in 2023, citing investor guidance and a request from Cook himself to adjust his pay.

Cook’s latest pay was based on “balanced shareholder feedback, Apple’s exceptional performance and a recommendation from Mr. Cook,” the iPhone maker said in the filing. The company also plans to “position Mr. Cook’s annual target compensation between the 80th and 90th percentiles relative to our primary peer group for future years,” Apple said.

Apple has drawn criticism from groups such as Institutional Shareholder Services about Cook’s previous compensation package, but a majority of shareholders voted to approve it last year. ISS, a top advisory firm, complained that Cook’s stock would continue to vest post-retirement and that half of the rewards didn’t depend on performance criteria like the company’s share price.

Cook, 62, has pledged to give away his wealth to charitable causes.

It’s rare for CEOs to recommend their own compensation be docked. Pay packages have gotten increasingly lavish, and 2021 was a record year for executive compensation, according to Bloomberg data.

But shareholders have increasingly pushed back on such packages. A record number of so-called say-on-pay votes failed in 2021, which may have reflected shareholders’ frustrations with how companies performed during the pandemic, according to Mercer.

Apple shares declined 27 percent last year, though that was less of a drop than the one suffered by the tech-heavy Nasdaq Composite Index. They’ve climbed 2.7 percent so far this year.

Entrepreneurs should have innate passion to sustain their businesses – business trainer