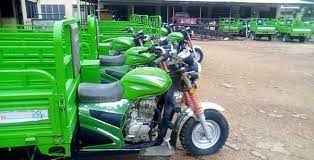 Mr Sumaila Abdul-Rahman, the Acting Chief Executive Officer (CEO), NDA, testifying at the Public Accounts Committee’s hearing in Accra, said the Authority had made some recoveries out of the sale of 2,037 but they had not recovered the entire GH¢2,375,910.00

“The (NDA) Board that was just inaugurated, also has had some conversations with them (the debtors), even as we sit here, there is a planned meeting of the Board’s Committee on Audit and Finance to meet them on the 24th of January, to have further discussions on this.”

Mr Abdul-Rahman said the other thing the Authority was considering, which it had already instituted the process, was to engage a debt collection company to go after those debtors and redeem the outstanding debts.

Mr Abdul-Rahman was at the Public Accounts Committee (PAC) of Parliament to respond to issues concerning the NDA as captured in the 2020 Report of the Auditor-General on Ministries, Departments and Agencies (MDAs).

The report said Section Five of the Northern Development Authority Act, 2017 (Act 963) provides that the Board shall give general directives on the management and operations of the Authority.

According to the Audit Report, Paragraph 6.4.1 (NDA/BoD.D-4/2019) of minutes of the Board’s meeting held on August 1, 2019, provides that management should proceed with the sale of the Tricycles on a cash and carry basis and in a transparent and non-partisan manner.

The records on the sale of motor tricycles at the Northern Development Authority revealed that 2,037 tricycles, valued at GH¢7,121,000.00, were sold on credit contrary to the Board’s directives.

The Auditors recommended that the CEO should recover the debt, failing which the total amount should be recovered from the CEO and the officers in-charge.

Mr Abdul-Raman informed the Committee that the National Security had paid for their tricycles in full.
Mr Kofi Iddie Adams, MP for Buem and a Member of PAC, asked the Acting CEO whether he thought the Authority had done enough in the recovery of GH¢185,000.00 out of GH¢2,375,910.00.

Mr Abdul-Rahman: “If you look at the quantum of money outstanding on the face value, Honourable you are right to say that we haven’t made significant progress.”

“But that is why we have had a lot of engagements, we have set up a debt recovery committee, we have written to them, we have visited their homes, so, we’ve put in a lot of efforts to recover this money.”

“I just want to assure the honourable members of this House that we will be able to make significant progress in the recovery of this outstanding balance.”

Dr James Klutse Avedzi, the Chairman of PAC, and MP for Ketu North, asked what measures the NDA was putting in place to recover the outstanding balance.

The Acting CEO, in response, repeated the engagement of the services of a debt collecting company to recover it.
Dr Avedzi urged him to continue with the new strategy to retrieve the monies.