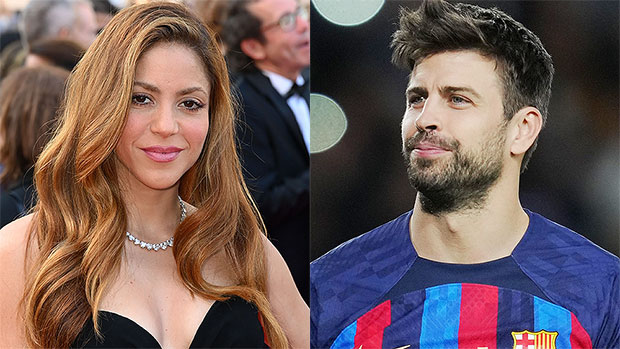 Nothing inspires like a broken heart! Singer Shakira, 45, released a hot new track called “BZRP Music Sessions #53” with DJ Bizarrap, 24, on Jan. 11, and it threw some heavy shade at her ex-boyfriend, Gerard Piqué, 35. “You left me the in-laws as my neighbors, media outlets at my door and in debt with the Treasury,” the hitmaker sings in Spanish. “You thought you hurt me, but you made me stronger/ Women don’t cry anymore, they cash in.” The single also hinted at Shakira’s 2009 hit single “She Wolf” by referencing that she is a wolf herself. “A wolf like me doesn’t have time for novices like you/ I was too much for you, that’s why you’re now with someone more like yourself,” she sounded off.

After the blonde beauty shared a clip of the music video to the song via Instagram, many of her 78.4 million followers flooded the comments section with support for the star. “Another banger!!”, wrote DJ Tiesto, while an admirer chimed in, “Hold on.” Many of Shakira’s fans also couldn’t help but quote the song in the comments, like one follower who preached, “LAS MUJERES YA NO LLORAN LAS MUJERES FACTURAN!!!!!!!!!”

In the sexy music video for the breakup anthem, Shakira rocked a neon pink bra and bright-green windbreaker. She also paired the stunning look with silk pink trousers and made sure her extravagant manicure matched her jacket’s neon green color. The 45-year-old musician opted to style her honey-blonde stresses straight down parting from her staple curls for the fun new hit. At the time of publication the YouTube video for the song has over 4.3 million views and counting! One Shakira admirer even took to Twitter on Jan. 11 to note how iconic the new release is. “um, this @shakira x @bizarrap collab already has over 4.3M views in just a few hours… impact is crazy #BZRPMusicSession53,” they wrote.

Shakira and the former pro soccer player dated for a total of 11 years! They began their romance in 2011 and officially called it quits by June 2022. During a Sept. 2022 interview with ELLE Magazine, the Grammy-winner revealed that she was going through one of the most difficult times of her life following her and Gerard’s breakup. “Exactly. And I feel like in this moment of my life, which is probably one of the most difficult, darkest hours of my life, music has brought light,” she said at the time.

Jeff Beck’s Wife: Everything To Know About His 2 Marriages To Sandra Cash & Patricia Brown

The mom-of-two’s latest music release also comes one day after a source told Page Six that Shakira is “devasted” after photos showed her ex’s new fling, Clara Chia Marti, inside of their home prior to their split. The insider told the outlet that the songstress is “devastated to learn that this woman clearly felt at home in the house they shared with their children.” The 35-year-old and Shakira welcomed two children during their relationship: Milan, 9, and Sasha, 7. Despite the new song, this is not Shakira’s first breakup anthem since she and Gerard parted ways. On Oct. 19, 2022, the beauty dropped the song “Monotonía,” which notably was accompanied by a music video of a crying Shakira singing about a love lost.

Gerard Piqué: 5 Things To Know About Shakira’s Former BF & Father Of Her 2 Children

Airtel 5G Services Rolling Out in Phased Manner in Jaipur, Udaipur and Kota: All...

ORC to clamp down recalcitrant companies